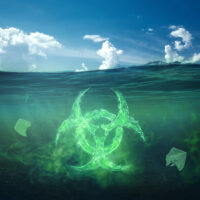 The 2019 calendar year began with news about environmental pollution in Franklin, Indiana, and now, towards year-end, a second source of toxins has been found there. State officials are referring to the source of contamination as a “plume”, a flow of cancer-causing chemicals underneath Franklin.  This plume is less than a quarter mile from the one found earlier this year, and both sites of contaminated groundwater are located less than a quarter mile from two elementary schools.

Besides the fact that we are personally appalled at this news, why are we at Ramey & Hailey Law bringing this matter once again to your attention? As personal injury attorneys, we know that anything that damages your property or your health interferes with your rights. How much more “personal” can an injury be than when you or someone close to you has become ill due to exposure to toxic substances?

There exist extensive laws, both state and federal, dealing with clean air and water. But despite all these regulations, children in Franklin, Indiana have been falling ill and dying of cancer because the water they have been drinking is poisoned with industrial waste.

Two Franklin moms have founded a nonprofit organization called “If It Was Your Child” to raise awareness of the toxic waste problem, and have enlisted the help of environmental activist Erin Brockowich. Meanwhile, the recently released movie “Dark Waters” has done much to raise awareness of industrial pollution as the cause of major injury to citizens’ health.

What if it was your child? Your spouse? The wage earner for your family?  There are more than 100 different chemicals linked to cancer, mental illness, and birth defects. Any individual injured as the result of toxic exposure can recover damages if they are able to prove that a person or company is at fault for the exposure. If someone dies, the family of the deceased may file a lawsuit.

At Ramey & Hailey, we continue to fight the good fight on behalf of individual families who have suffered the consequences of poor environmental management.