IN THE NEWS: UTAH AND INDIANA – A PRISON PROBLEM IN COMMON 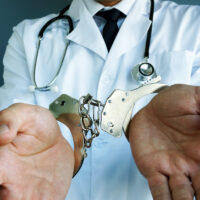 Utah seems like a “fur piece” from Indiana, but apparently our two states have some unpleasant things in common. Earlier this year, a wrongful death lawsuit filed against the government was settled for close to one million dollars. While Utah’s jails have the highest death rate per capita in the nation, across Indiana, inmates are being subjected to overcrowded cells and inhumane living conditions, the ACLU reports. An evaluation by the Indiana Criminal Justice Institute found 77% of Indiana’s jails to be overcrowded or at capacity.

The Utah case, filed under the category “Failure to Treat”, concerned a woman who died when jail officials ignored her symptoms of serious Crohn’s disease, mistakenly assuming she had been going through drug withdrawal. Being deprived of her prescription medications caused the prisoner’s disease to flare up and ended in her death. Failure to treat is a form of medical malpractice and is grounds for legal action.

Can a prisoner or a prisoner’s family members sue a jail or prison for negligence?  Yes, prison officials have a duty of care, and if they failed to exercise that duty, they can be held liable. When a prisoner is victim of neglect or abuse, there is legal recourse. In the case of the Utah prisoner, it’s not that the municipal government itself was directly the cause of the injury, but that its practices, customs, and policies, as well as its failure to train and supervise, resulted in harm to a citizen.

Common causes of prisoner injuries include:

At Ramey & Hailey Law, one major goal of ours is to reach out to the people behind the statistics in the headlines, innocent folks whose lives have been thrown off track because they or someone they love has been victim of unfair treatment, including unfair treatment by prison personnel. And the reality is, the only financial recourse available to both incarcerated victims and their dependents – is through our civil court system.

In the Utah case of Lisa Ostler, the $950,000 settlement will help provide for the woman’s parents and for her three children. But as the family’s attorney said, “the only real justice will come when major changes are made in county jails through the state.”