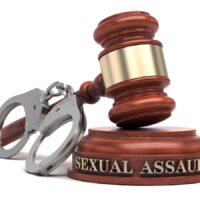 The definition of sexual assault includes rape, but there are other examples, equalrights.org explains, including:

Sexual harassment, on the other hand, includes any behavior that is sexual, sex-based, or gender-based, regardless of the orientation, gender-identity, sexual interests or pleasure of the harasser. Sexual harassment might include:

Title IX (“Title 9”) of the Education Amendments Act of 1972 makes discrimination based on gender illegal at schools, colleges, and school programs (including school-affiliated sports teams, programs, and clubs) and in any education program that receives federal funds. Sexual assault and sexual harassment are forms of gender discrimination under this law. The Title IX process is a type of student misconduct complaint which is investigated internally, and not connected to the criminal justice system.

As personal injury attorneys at Ramey & Hailey Law, our work includes helping victims of assault and abuse of all kinds. We find cases of sexual abuse and harassment in schools particularly tragic, because parents have entrusted their children to the school system to be educated and trained in a safe environment.

Beyond the Title IX process, why would the parent of a child who suffered sexual assault or harassment want to file a civil suit against the school district in which the problem occurred? To receive compensation to help pay for the costs of medical and psychological treatment for the victim. The unfortunate truth is that child sexual abuse and harassment has been shown to increase a young person’s long term risk for mental, physical and behavioral health issues.

Our work as personal injury attorneys in Indiana is focused on helping parents get the financial help their children are going to need.  We know that carrying a case to court can help a very sad story have a happier ending.