YOUR INJURY ATTORNEYS IN THE NEWS:
HOMEOWNER AND WIFE SUE OVER POLICE SHOOTING 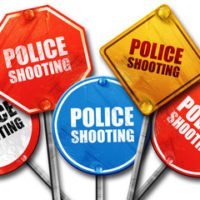 The Indianapolis Police Department described the 2016 shooting incident as “very tragic and a case of mistaken identity.”

Shooting victim Carl Williams, who is now disabled, sees things from a different angle. Carl and his wife Sonia turned to Indianapolis personal injury lawyer Rich Hailey for help recovering, not only the medical and hospital costs, but damages for pain and suffering, emotional distress, and lost wages which that police “mistake’ caused to two totally innocent citizens.

After two long years of failed attempts to negotiate a fair settlement for those damages, the Williams couple is now suing the police department, the city of Indianapolis, and Officer Christopher Mills, and on August 20 of this year, a federal civil suit was filed in the U.S. District Court of Southern Indiana.

Prior to the shooting, Williams, a veteran and former military policeman, was working as a mail handler; Sonia worked the night shift at Carrier. Returning home at 4 AM, Sonia was accosted in her own driveway by an armed man demanding her car keys. After escaping into the house, Sonia alerted her husband who made a 911 call to summon the police. Carl retrieved his own pistol and walked through his garage to see if the assailant was still there. Although Carl’s physical description did not at all match that given to the police of the criminal, Officer Christopher Mills shot Carl.

What is the Williams vs. IMPD, Indianapolis, and Christopher Mills case really about?
“Officials and officers of the Indianapolis Metropolitan Police Department were well aware in 2016 that there was disproportionate tendency for police officers to shoot black males without warning and that these shootings were the product of a lack of training, especially in the area of implicit bias.”