APARTMENT OWNERS CAN BE SUED FOR RAPE AND THEFT BY TRESPASSERS 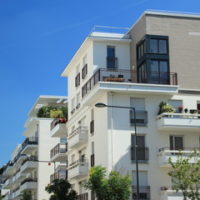 “The mere ownership of land or buildings does not render one liable for injuries sustained by a person who has entered thereon or therein,” the Supreme Court ruled in the landmark case Sturbridge Partners, Ltd. v. Walker.  In other words, the fact that someone was attacked or injured while on a property does not necessarily mean the landlord was responsible.

So, what does that case mean? When crimes and violent acts hurt innocent people, does the property owner have no responsibility? At Ramey & Hailey Law, we explain, that depends. As attorneys for injured parties, we can hold the owners or managers of a property liable under an area of the law called negligent security, provided that those owners or managers did not take precautions to prevent injuries from happening.

The true grounds for liability, the court said in Sturbridge, lie in a proprietor’s superior knowledge of the perils involved in visiting the property. If there had been one or more prior incidents similar to this one, for example, the landlord should have taken extra precautions to prevent such an injury from happening again.

Apartment dwellers have the right to feel safe in their own homes. If the owners of an apartment building were aware that there had been unsavory loiterers around the apartment complex, with perhaps gang activity or drug trading going on, those owners can be held responsible for a rape or theft if they failed to put into place proper security measures to protect their residents.

As a husband-wife personal injury lawyer team, we want to reach out to folks who know they should be speaking out. We want to send a message to those who need to speak out, who need to talk about what happened to them or to someone they love. We want to spread the word that crime victims may be entitled to financial compensation, which can help them rebuild their lives. They need to know that at Ramey & Hailey, they can find someone to listen to them without judgment, someone whom they can trust. Most important, until and unless victims speak out, often nothing happens to prevent that kind of crime from happening over and over again.

Assaulted or robbed at or near an apartment building?  As negligent security lawyers, we handle apartment complex lawsuits, fighting to get crime victims the compensation they deserve.