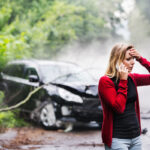 IN THE NEWS: VEHICULAR HOMICIDE RESULT OF IMPAIRMENT AND SPEED

An oh-so-tragic story out of Cincinnati serves as a reminder of the extent to which careless driving can forever impact the lives of innocent people… After the driver of a four-door sedan lost control of his vehicle, the car hit a telephone pole, then careened onto a sidewalk, hitting a pregnant 20-year old woman… Read More » 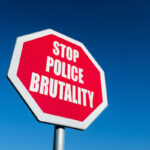 IN THE NEWS: ESTATE OF MAN KILLED BY POLICE SUES INDIANAPOLIS

Two years ago, the Indianapolis Star reports, after a van in which he was a passenger was pulled over by police in connection with an alleged drug deal, DeShon Downing was shot and killed by police officers. Now Downing’s estate is bringing a wrongful death lawsuit against the City of Indianapolis. The account of… Read More »