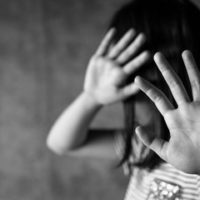 “The Sex-Abuse scandal is growing faster than the church can contain it,” Segal Samuel writes in The Atlantic. “As Pope Francis faces mounting pressure to address the spiraling clergy sex-abuse crisis, almost every day has brought some new revelation or declaration,” the journalist continues.

At our personal injury law firm, we know that sexual abuse is one of the most extreme forms of hurt one person can inflict on another. The emotional and psychological damages caused by sexual harassment are very real, and at Ramey & Hailey Law, our dedication is to become the voice for victims brave enough to help prevent this sort of crime from happening to others.

When the abuse of children is involved, the wrongdoing is particularly reprehensible. “For victims, the effects of child sexual abuse can be devastating. Victims may feel significant distress and display a wide range of psychological symptoms, both short- and long-term.  They may feel powerless, ashamed, and distrustful of others. The abuse may disrupt victims’ development and increase the likelihood that they will experience other sexual assaults in the future. “

And when adults who are specifically trained to teach and guide children are involved – teachers, coaches, scout leaders – and clergy are involved, the psychological trauma can be even greater. As Virtus®online states, “The Church is supposed to be a safe haven for children and a messenger for preventing child abuse.”

“A child who is the victim of prolonged sexual abuse usually develops low self-esteem, a feeling of worthlessness and an abnormal or distorted view of sex. The child may become withdrawn and mistrustful of adults, and can become suicidal,” the National Center for Victims of Crime cautions.

By way of background, the issue of child sexual abuse by Roman Catholic priests was first publicized in 1985 when a Louisiana priest pled guilty to 11 counts of molestation of boys. Books on the topic were published in the 1990s. As it became clear that there was truth to many of the allegations and that there was a pattern of cover-ups in a number of large dioceses across the United States, the issue became a nationwide scandal. Victims in other countries started coming forward., creating a crisis for the Catholic Church in the United States.

“On September 12 of this year, Pope Francis called on leaders of bishops’ conferences around the world to gather in February to address a crisis that has rattled the church, and his papacy,” the New York Times reports.

From a legal standpoint, there are three things that our attorneys feel every person ought to know:

As a husband-wife team at Ramey & Hailey Law, we want to reach out to folks who know they need to speak out, who need to talk about what happened to them or to someone they love. The damage caused by sexual abuse is very real, and our dedication is to become the voice for now-grown child victims brave enough to help prevent this sort of crime from happening to other children. Never, ever again.