CHILDREN AT EXTRA RISK FROM EXPOSURE TO ENVIRONMENTAL TOXINS 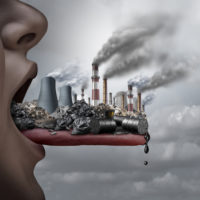 “Since 2010, 42 children in Johnson County have been diagnosed with cancer, far higher than the national average.  Ours were two of those children, and cancer took one of their lives,” Stacia Davidson and Kari Rhinehart share in last month’s Indianapolis Star.

The two moms have formed a grass roots campaign to identify the root causes of pediatric cancers in Johnson County, Indiana, calling on state and local officials to employ “Trevor’s Law”, which “allows government agencies to conduct investigations into cancer clusters and their potential links to toxic chemicals present in the environment.” The fight goes beyond Indiana. Rates of childhood leukemia and brain cancer are up 40% over the past four decades, and toxic chemicals such as TCE and PCE, found in Johnson County’s drinking water may play a role in this increase.

“More than a handful of potentially harmful contaminants — some that are linked to cancer, brain and nervous system damage or developmental defects — have been detected in Indianapolis’ drinking water, according to a new database released Wednesday by the Environmental Working Group,”

EWG’s Tap Water Database shows that the tap water for millions of Americans contains higher than safe levels of no fewer than 90 contaminants. That does not count more than 40 million people who drink water from private wells!

It can often take years before the harmful effects of chemical exposure show themselves as illness or physical injury.  But, if you fear that a child in your family has become seriously ill because of exposure to:

Our attorneys at Ramey & Hailey are dedicated to protecting and defending you.