CLAIMS AGAINST DRUGMAKERS OVER COMPULSIVE BEHAVIORS CAUSED BY ABILIFY 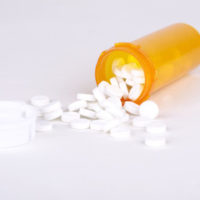 Abilify – what is it?

Approved by the Federal Drug Administration back in 2002, Abilify is the brand name for aripiprazole, an antipsychotic drug developed by the Japanese company Otsuka and marketed in the U.S. by Bristol-Myers Squibb.   Originally used to treat schizophrenia, Abilify was later approved for treating bipolar disorder, major depression, Tourette’s syndrome, and autism.

In recent years, though, Bristol-Myers Squibb has been the target of some very large class action lawsuits, with plaintiffs claiming that the company failed to warn the public about the dangerous side effects the drug has been causing in patients.

There was early evidence of harmful side effects:

In July of 2011, the British Journal of Psychiatry published a study linking aripiprazole use to obsessive behavior disorders including:

The 2014 Medication Guide approved by the U.S. Food and Drug Administration contained the following warning: “Elderly patients with dementia-related psychosis treated with antipsychotic drugs are at an increased risk of death.  ABILIFY is not approved for the treatment of patients with dementia-related psychosis….Increased risk of suicidal thinking and behavior in children, adolescents, and young adults taking antidepressants.  Monitor for worsening and emergence of suicidal thoughts and behaviors.”

By 2015, the news broke that Abilify had become the best-selling drug in the United States, bringing in $7 billion in annual sales.  The drug was being widely used in nursing homes. “Nearly one in four visits to a psychiatrist for anxiety will lead to a prescription for an antipsychotic,” Art Levin wrote that year in the Huffington Post.

In 2016, the FDA issued a Safety Communication warning, requiring that the drug label on Abilify be altered to warn of these compulsive behavior side effects.

Drug companies have a responsibility to notify the public when a drug may cause harmful side effects.  All through this period, the manufacturers of Abilify continued to aggressively market the drug to the public via TV commercials, leaving many people with crippling debt as a result of compulsive gambling, shopping, and sex addition.

At Ramey & Hailey Law, we’ve been involved in product liability cases for more than forty years.  We believe it’s important for patients and families to know the facts about Abilify.  The story is far from over.  Thousands of people have gone into extreme debt, even losing their homes. Have you or a family member suffered losses from compulsive gambling linked to Abilify use? Has an elderly relative been given Abilify while in a nursing home?

Do you have an Abilify story that needs to be told?