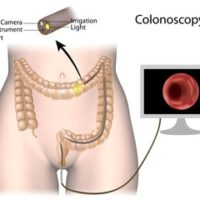 Colon cancer is reported to be the second most diagnosed cancer, and in fact is the second leading cause of cancer death in the U.S. Colonoscopy is the test most widely used for colon cancer detection, and that screening procedure is recommended for all adults over age 50.

While nobody loves having a colonoscopy, the test is usually well tolerated and essentially painless.  However, injuries can occur during the procedure, including:

Not always is an injury during a colonoscopy the fault of the physician, but when a doctor is not skilled, or does not apply the appropriate level of care, that is medical malpractice, and it can have some rather devastating results.

Doctors who perform colonoscopies are aware that perforating the colon (making a hole by mistake) is a known risk of the procedure, even when there has been good medical care. The reason a patient might have a valid personal injury case is that the doctor created a hole in the colon and failed to recognize it (and take necessary steps to repair the damage).

Where the malpractice might be proven, in perforated colon cases, is when a doctor refuses to admit that the colon was perforated, fails to document that, and fails to provide treatment to resolve the problem. Remember, malpractice can occur as:

“There are a number of factors that affect the difficulty of a colonoscopy,” an article in the National Institutes of Health states.” Obviously, foremost is the overall technical skill of the endoscopist, which includes his or her innate manual dexterity, degree of formal training, and personal experience.”  Importantly, the authors add, “Canadian endoscopists with higher volume performed fewer incomplete colonoscopies”.

At Ramey & Hailey, our experienced attorneys will know how to research each element of the case in order to protect your rights and help you attain the compensation you deserve.