DISCRIMINATION IN THE WORKPLACE – IT’S AGAINST THE LAW! 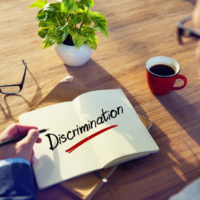 “No fair!” As school children, that’s what we used to say on the playground when someone broke the rules, depriving us of our turn to play. That’s the same reaction we have as adults when someone in our workplace deprives us of the sort of treatment and respect we deserve, based upon their prejudice.

Employment discrimination includes actions such as hiring, firing, demoting, promoting or setting wages based on an employee’s:

In Indiana, the Indianapolis Star explains, state civil rights laws do not include sexual orientation or gender identity as protected classes in employment, but many Indiana towns, cities, and counties have passed their own local ordinances to prevent such discrimination.

Despite all of these protective laws, it’s important to remember that Indiana (like many other states) is an employment at-will state, meaning that an employee may be fired at any time for any (lawful) reason, or for no reason at all.  The latter makes it a challenge to prove discrimination.

The employment law attorneys at Ramey & Hailey work aggressively to protect you from discrimination in the workplace and help you exercise your rights. And, whether your issue has to do only with yourself or whether you believe you represent just one of many people discriminated against by a national or multinational employer, you need an attorney who knows the law.

Not only is discrimination in the workplace “no fair”, it’s against the law!