DON’T DRINK AND BE LIABLE – A CAUTIONARY TALE FOR HOSTS 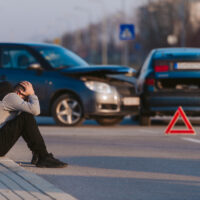 “Drinking in the United States among minors has reached epidemic levels,” Soules Insurance Agency observed, “with more than 50% of minors drinking alcoholic beverages with some degree of regularity”. While that statement was published back in 2012, the 2021 SuperBowl weekend certainly brought to mind the topic of underage drinking…

What ARE  the laws in Indiana about underage drinking?

Super Bowl weekend has passed, hopefully without incident for you as the “host-with-the-most”. For
parties to come, keep these guidelines in mind to protect your guests from harm – and protect yourself
from legal troubles in the form of:

If, unfortunately, you or one of your children has been injured by an underage driver who was under the influence of alcohol, that’s where Ramey & Hailey might be of help in bringing a social host civil lawsuit.

It is possible that the host’s homeowner’s insurance company will offer you a settlement, but once you’ve accepted a settlement from an insurance company, you’ve given up your right to sue. Remember, as an injured party, you will have become the adversary of that insurance company. With possibly serious medical bills to be paid due to harm caused to your or yours by an intoxicated underage driver, our mission becomes recovery for your losses.