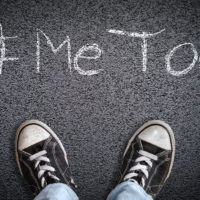 “Our schools are in crisis,” cautions Esther Warkov of Seattle, founder of the national organization Stop Sexual Assault in Schools (SSAIS), referring to the problem of student-on-student sexual attacks.

Here in Indiana, while there have been many headlines dealing with adult-on-child sexual assault, there are actually many more such assaults of students, by students.  Our state has a major problem, the Indiana Coalition to End Sexual Assault Claims, with one of the highest rates of forced sexual intercourse in the nation.

If one student sexually harasses or abuses another student while at school, can the school be held liable?  U.S. Education Secretary Betsy DeVos’ efforts to overhaul federal rules on sexual misconduct are now beginning to prompt concerns from elementary and secondary school superintendants. Of the 652 complaints of Title IX violations the Department of Education is currently investigating, almost half are against K-12 schools, the New York Times reports. And, although college sexual assault has gotten more attention, it was actually a K-12 case that spurred the Supreme Court to expand Title IX to include student-on-student assaults.

“In the State of Indiana, the process by which reporting should occur is such that it does not create confidence in those who are victims, nor does it make it easy for them to report even if they want to do so”, John Parrish-Sprowl lamented in a report on adolescent sexual assault underreporting in the state of Indiana. Meanwhile, a new law in our state, effective as of 2018, requires teachers to teach children in pre-kindergarten through grade 12 how to protect themselves against sexual abuse.

Our work as personal injury attorneys in Indiana is focused on helping parents of a child abused by another student file a civil suit against the school district. That is no simple matter, because there is a very complex and time-sensitive complaint process that must be followed. At Ramey & Hailey Law we help survivors’ families navigate those complexities to get the financial help – and legal support – they need. As we do our part every day to help victims of sexual assault and abuse, we are keenly aware of how very, very difficult it is for both a child victim and family members to relive the experience by talking about it. Yet talking about the crime is the only way to identify and convict offenders and help victims to heal.