HARMED BY ENVIRONMENTAL TOXINS? THERE OUGHTA BE A LAW – THERE IS! 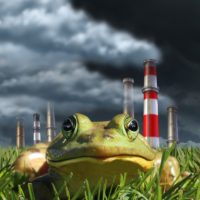 “There oughta be a law” when millions of people suffer accidental poisoning every year in the United States.  Well, there is such a law, known as CERCLA or Superfund. Under this law, the Environmental Protection Agency (EPA) has the power to assess liability for cleanup of hazardous substances at any site.

“The septic systems of US households routinely discharge consumer product chemicals, pharmaceuticals and other potentially hazardous chemicals into the environment,” writes Kelly Killimett of the Argo Group. “These contaminants of emerging concern (CECs) are commonly being found in rivers, lakes and drinking water supplies. While the Environmental Protection Agency (EPA) does not regulate them in water supplies at present, emerging contaminants could have significant health implications.”

Meanwhile, we have learned, the presence of asbestos, mold or other harmful contaminants can greatly diminish the health of individuals exposed to them over a sustained period of time. Poor indoor air quality can cause a variety of ill effects, dubbed “sick building syndrome.”

If you have been diagnosed with a condition caused by exposure to a toxic substance, knowing your legal rights can be crucial in getting financial help for injuries, damages, loss of wages, and medical expenses.

In Indiana, there are several specific locations where contamination of soil and water have become of major concern:

The Environmental Protection Agency is presently sampling soil at city-owned properties and right-of-ways to determine if heavy metals from the former Federated Metals Corporation has contaminated residential areas.

Lead and arsenic have contaminated wide areas of soil in twelve neighborhoods in the Jacobsville and in 12 other neighborhoods, and cleanup has been ongoing since 2007.  EPa ES estimates that a total of 4,000 residential properties will require cleanup.

The USS Lead Superfund site includes the former USS Lead facility, along with commercial, municipal, and residential areas that are contaminated with lead and arsenic.

“Contaminants in Indy water raise some concern, new report shows,” read a November 2017 IndyStar headline. “More than a handful of potentially harmful contaminants — some that are linked to cancer, brain and nervous system damage or developmental defects — have been detected in Indianapolis’ drinking water..”

Environmental lawsuits, in some ways, are not like traffic accident lawsuits.  When a vehicle causes an injury, there may be just one or perhaps several people injured.  But when it comes to environmental accidents, there may be hundreds or even thousands of people affected by the same contaminant.  For that reason, people often join together and file a class action lawsuit. As a personal injury attorney, for example, I will often begin by representing one person who brings the case to my attention. As the facts become clearer, other victims can be given the chance to join the class action.

If you suspect your health or that of a co-worker or family member has suffered damage after being exposed to toxic substances in the environment, at Ramey & Hailey Law, we’re here to protect and defend.