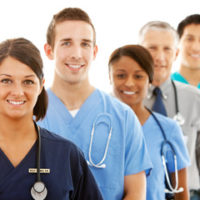 It may not qualify as a soothing bedtime story, but the book The Biggest Legal Mistakes Physicians Make: And How to Avoid Them should be on the reading list of every healthcare practitioner. Although author Steven Babitsky is advising doctors, I can tell you his advice to “take proactive steps to minimize the effect of any discipline that might be imposed” applies to all healthcare professionals.

It’s the other side of the story, in a way. Yes, disciplinary measures meant to prevent and punish medical malpractice are designed to protect the public, and rightfully so. In fact, at Ramey & Hailey Law, our attorneys are dedicated to assisting innocent victims of medical malpractice get the compensation they need to rebuild their lives.

But physicians and nurses who feel their livelihoods are being threatened, not because they committed malpractice, but by the harsh punitive effects of the physician licensing and disciplinary system – well, they, too, we’re convinced at Ramey & Hailey, need to be able to call on the legal profession for help and guidance.

The fact is, our regulatory situation in the United States is becoming steadily worse for medical practitioners, who can lose their licenses based on very little proof, inadequate due process, and even procedural errors in filing license renewal paperwork! That’s not good for patients, as the Association of American Physicians and Surgeons points out. Even worse, doctors feel they must take the safest route to satisfy insurance companies, as the Association’s General Counsel claims, rather than providing the treatment most appropriate for the patient. What’s more, a notice from a state medical board can be even more threatening than a medical malpractice lawsuit!

Study done in the Netherlands

We were interested to read about a qualitative interview study done in the Netherlands involving general practitioners, specialists, physiotherapists and psychologists who had been sanctioned by the disciplinary tribunal. Interviewees described the feeling of being treated as guilty during the unnecessarily long and drawn-out process, before any verdict had actually been reached. This peer-reviewed study, published in several professional journals, revealed that the disciplinary process can have “a profound psychological and professional impact on healthcare professionals“.

“A nursing board investigation can be a uniquely stressful experience, even if disciplinary action is ultimately not taken,” the Lippincott Nursing Center explains.

“It is important to respond to board inquiries in a timely fashion, but it’s also critical to understand the adversarial nature of an investigation, even when characterized as ‘informal’…Although nurses have the right to represent themselves, they’re unlikely to understand their rights…or know how to frame defenses without legal advice.”

”Nurses should obtain representation by an administrative attorney experienced in licensure defense as early in the process as possible,” Lippincott cautions.

“The professional licensing boards, commissions, and committees within the Indiana Professional Licensing Agency are charged with the responsibility of disciplining licensees who have violated practice standards, acted dishonestly, or acted unethically,” the Indiana government website explains.

Unfortunately, however, those disciplinary measures are sometimes disproportionate to the actual situation. Therefore, at Ramey & Hailey Law, while we continue to fight for fair compensation for victims of medical malpractice, we also defend healthcare practitioners whenever the licensing and disciplinary system has created onerous and unfair punitive effects.

It’s our mission to help healthcare professionals know – and defend – their rights!