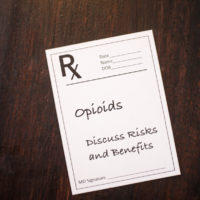 While disciplinary measures are designed to protect the public, physicians themselves often need protection as well. When physicians face disciplinary action, it’s a serious situation that can disrupt their practice and have long term effects on their:

Both the Medical Licensing Board of Indiana and the Indiana Professional Licensing Agency, for example, are prohibited from providing legal advice; that means physicians who feel their livelihoods are being threatened must turn to the legal profession for help and guidance. That’s why, here at Ramey & Hailey Law, our attorneys are increasingly called upon to help besieged doctors deal with the emotional as well as financial damage they have suffered as a result of the harsh punitive effects of the physician licensing and disciplinary system.

Because of concerns about the opioid crisis in our country, the regulatory situation is getting steadily worse for medical practitioners.  “Prescription opioids are an important tool for physicians in treating pain, but also carry significant risks of harm when prescribed inappropriately or misused by patients,” Dineen and Dubois explain in a medical journal article called “Between a Rock and a Hard Place”. Palliative medicine specialist Dr. Sue Glod, whose mission is pain relief, feels that the flood of new prescribing rules severely limits her options. Physicians and clinical leaders feel caught in the middle, she says, wanting to adhere to the new guidelines and acknowledging the national opioid crises, but also wanting to decrease patients’ pain.

A Pennsylvania U.S. Attorney who is investigating more than 300 doctors found that patients might have been getting opioids from three or more different physicians, manipulating the system. While the attorney has made no determination that any specific doctors on the list have broken the law, he wants to educate doctors to use the state’s prescription drug monitoring program.

Indiana, meanwhile, has a prescription monitoring program of its own, called INSPECT, which maintains a warehouse of patient information on a secure website, which doctors may check before prescribing medication.

Times have certainly changed when it comes to prescribing  for pain. In 2001, the Joint Commission of Accreditation of Hospitals Organization codified the American Pain Society’s concept that pain control is a basic right of patients.  A campaign referred to pain as “The Fifth Vital Sign”!  There was a sharp increase in opioid utilization after that, Dr. Eeric Truumess remarks in an article published by the American Academy of Orthopaedic Surgeons.  Today, doctors are feeling pressure to give in to patients’ demands for pain relief. The doctors do not want patients posting lower satisfaction scores, nor do they want to lose referrals. Doctors, he notes, have been sued for both under and over-prescribing opioids!

What we have found at our law firm is that the process of dealing with a notice from the state medical board is so harrowing for healthcare professionals that they consider it worse than a medical malpractice lawsuit. At Ramey & Hailey, using our deep experience with board proceedings, we are dedicated to providing help.

Physicians who believe they have had their licenses unfairly acted against can claim that:

Of course, the attorneys at Ramey & Hailey Law are fighting for patients here in Indiana. When a physician or a treatment center undertakes the responsibility of providing treatment to an individual in need of Substance Use Disorder (SUD) treatment, a duty of care is created to provide adequate and appropriate levels of care.

At the same time, we stand ready to aggressively defend the professional and constitutional rights of physicians, helping doctors defend their pain prescription practices in the face of our nation’s opioid crisis.