IF YOU SEE SOMETHING, SAY SOMETHING – TO AN INDIANA MALPRACTICE LAWYER 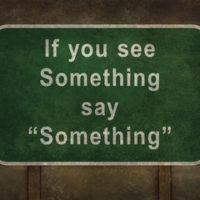 The tragic story of Robert Lehman:

After Robert Lehman injured his back at work (he’d been picking up lumber as part of his work for Bashor Homes), he was sent to Methodist’s Dunlap Urgent Care Center for treatment, where he was given a shot and told to return to work. As Lehman’s condition continued to worsen, with pain radiating down his leg, he went back to the urgent care center, where Dr. Schlabach prescribed pain medication, again clearing him to go back to work.

Lehman continued to suffer extreme pain, finally going to the emergency room at Goshen General Hospital, where he was diagnosed with cauda equina syndrome and underwent immediate surgery. Lucky to survive, Lehman suffered paralysis in both legs; he continues to experience severe pain in the area above the paralysis, and is unable to work and support his wife and nine children.

What is cauda equina?

In patients with cauda equina syndrome, something compresses the spinal nerve roots (cauda equine is Latin for “horse’s tail”). These nerves are located at the lower end of the spinal cord in the lumbosacral spine, WebMD explains, and they send and receive messages to and from the legs, feet, and pelvic organs. Permanent damage to these nerves can lead to incontinence and permanent paralysis of the legs. There are several possible causes for the condition, but the most common is a ruptured disk in the lumbar area.

Symptoms of cauda equina include:

Why is it important for you to  know about the Robert Lehman case?
Medical professionals have a duty to provide adequate care for their patients, and failure to adhere to the appropriate standard of care is a type of negligence. For more than ten years, our Indiana personal injury attorneys at Ramey & Hailey helped represent Mr. & Mrs. Lehman in the medical malpractice lawsuit they brought against Dunlap Occupational Health and Dr. Schlabach.

Robert Lehman, the court found, was not treated with the appropriate standard of care. The medical professionals who treated him had failed to recognize see the signs of cauda equina and see that immediate emergency surgery was needed. The opportunity for Lehman’s recovery was therefore lost. The court awarded a seven figure payment to the Lehmans for the direct medical expenses they had incurred, plus additional compensation for future expenses, as well as for pain and suffering.

Have you or a member of your family suffered permanent physical and financial damage because of a condition that was misdiagnosed, diagnosed too late, or incorrectly treated? Remember, no doctor or medical provider is responsible for your having an illness or for your having suffered a workplace injury. But failure to diagnose is a form of medical malpractice.

In the state of Indiana, you must file your malpractice claim within two years of the time you believe the malpractice took place. (You may not have discovered that negligence until months or even years after the mistake happened; only an experienced malpractice lawyer would know how to determine the applicable period for the “statute of limitations” as it applies to your case.) And, in Indiana, before you can bring a lawsuit, you must first file a proposed complaint with the Indiana Department of Insurance.

Because of the increase in terrorist attacks and mass shootings, our national motto has become “If you see something, say something”, the Washington Post observes. When it comes to filing an Indiana medical malpractice claim, perhaps the motto should be this:

“If you feel medical malpractice has been the root of pain and financial burdens,

say something – to a personal injury lawyer!”