IN EMPLOYMENT–AT-WILL STATES, DISCRIMINATION IS STILL AGAINST THE LAW 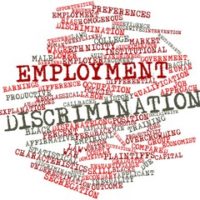 But working in an at-will state does not mean working with no civil rights. Laws exist to ensure that employees are treated safely, that they are not unfairly discriminated against. As employment lawyers, all of us at Ramey & Hailey are here to defend those rights on your behalf.

It isn’t easy. On a national level, from January 2009 through July 2017, researchers from Lex Machina found, 54,810 cases were filed, but only 1% of those cases were settled in favor of the employee!

What can an employee expect in return for winning a discrimination lawsuit against an employer? Possibilities include:

As long as your employer makes no employment decisions to:

Your employment based on any protected classifications, that employer is considered to be obeying the law.

Here in the state of Indiana, the default procedure in civil rights cases is an administrative hearing conducted by the Indiana Civil Rights Commission (ICRC) and presided over by an administrative law judge (ALJ). If your Indiana employer fires you:

You may have a legal claim against your employer for wrongful termination.

Your job is important, and safeguarding your employment rights is vital to your success and well-being. The employment law attorneys at Ramey & Hailey work aggressively to protect you. Discrimination in the workplace is simply against the law!