IN PERSONAL INJURY, COMPARATIVE NEGLIGENCE CAN HURT YOUR CAUSE 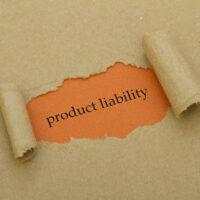 Have you  (or has someone dear to you) paid for a product, only to find out the hard way that not only did this product not perform as expected, it caused severe harm to a user? There may be cause to file a product liability lawsuit.

At Ramey & Hailey, we believe it’s important to help people who have been injured through use of a product recover payment for their losses. Some of the saddest situations we’ve seen involve faulty products that have caused irreparable damage to people. At the same time, we are always conscious of the fact that Indiana is a “comparative fault” state, which means that, as your attorneys, we must be able to show that your own negligence or lack of reasonable care has contributed only in part to your injuries…

The ruling in a recent case in Pennsylvania (which, like Indiana, is a modified comparative negligence state) serves as an interesting example of how all of this works in the real world. A man was severely injured in the rollover of a riding mower he had purchased. The label on the product had clearly stated that the device could become unstable on severely hilly terrain. Despite that warning, the buyer had chosen to ride the mower on hilly ground, and he was therefore determined to have been 15% liable for his own injuries, with the company from whom he had bought the mower deemed 85% responsible for the damages.

After more than 40 years representing injury victims, we need to remind Ramey & Hailey clients that no product liability lawsuit is a simple matter; much research and legal expertise will be needed to show that manufacturing flaws, rather than your own lack of reasonable care in using the product, have been the major factors contributing to the injuries.