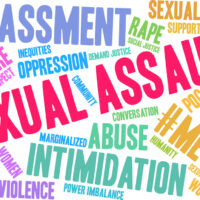 Over the summer, Kayla Dillinger claims, she was raped by a classmate from Lutheran High. Now she and her father have filed a Title IX personal injury lawsuit against the school for failing to protect her from sexual assault. (Federal law Title IX protects students of any school that receives government funding.) Claims brought by the young woman and her father include failure by school administrators to:

Here in Indiana, while there have been many headlines dealing with adult-on-child sexual assault, there are actually many more such assaults by students of other students.  Our state has a major problem, the Indiana Coalition to End Sexual Assault explains, with one of the highest rates of forced sexual intercourse in the nation.

In fact, while we at Ramey & Hailey are not involved in the Dillinger case, our work as personal injury attorneys in Indiana is focused on helping parents of a child abused by another student file a civil suit against the school district. That is no simple matter, because there is a very complex and time-sensitive complaint process that must be followed as we help survivors’ families navigate those complexities to get the financial help – and legal support – they need.

We are all too aware of how very difficult it is for both a child victim and family members to relive the experience by talking about it. Yet talking about the crime is the only way to identify and convict offenders and help victims to heal. The attorney for Kayla Dillinger says that her client’s problem is “a sign of a larger problem in sexual assault investigations”. Women are traumatized when they come forward, the attorney said, “because the system does not care how to support them”.

At Ramey & Hailey, we find cases of sexual abuse and harassment in schools particularly tragic, because parents have entrusted their children to the school system to be educated and trained in a safe environment.