IN THE NEWS: $10 MILLION VERDICT IN RV/PEDESTRIAN ACCIDENT 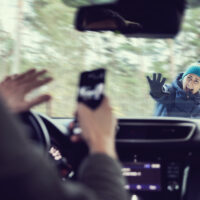 Almost three years after the accident, a Florida jury has awarded ten million dollars to the parents of a young man who died after a motor home struck him while he was walking to work. The driver’s employer, an RV dealership, was held responsible for the fatal injury.

Campersmarts.com explains that, according to a government report, RVs are involved in more than 76,000 accidents per year, only about a third of accidents involving passenger vehicles. Common causes include:

Although Ramey & Hailey was not directly involved in this case, as personal injury attorneys experienced in helping accident victims, we wanted to call our readers’ attention to a very important aspect of this Florida case. At the trial, the driver of the RV and his employer claimed that the victim had walked into the path of the RV on the road.  The family, meanwhile, claimed that the RV left his lane and hit their son. A central element turned out to be an eyewitness who testified that the victim had been walking along the roadway’s shoulder (facing traffic, as required by law), and that it was the RV that violated the pedestrian’s right of way.  That conclusion was supported by physical evidence surrounding the collision.

Fault (meaning legal liability) for an accident is a key issue in most personal injury claims, David Goguen, J.D. explains in alllaw.com. If the parties cannot agree on liability, and one party files a personal injury lawsuit, that gives a civil court jury the ultimate say on who is at fault.