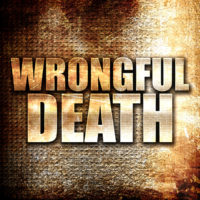 After more than four decades representing individuals who have suffered catastrophic injures, the saddest situations, the attorneys at the Indiana personal injury law firm of Ramey & Hailey tell me they find, are those where they are representing not the injured, but the family members of those who have been wrongfully killed. A recent wrongful death event that occurred last year in Boonville, Indiana is a sobering reminder of how families can be destroyed by preventable tragedies…….

46-year-old John Fritchley II was using a blowtorch at his home to cut the end off an empty steel drum, which he wanted to use for burning trash.  Unbeknownst to Fritchley, the drum had contained a highly flammable liquid solvent, and although it was now empty of liquid, chemical residue was still releasing volatile vapors.

The explosion might have been avoided with better warnings on the drum, and the wrongful death lawsuit filed by Fritchley’s wife Samantha accuses several businesses involved in the chain of distribution:

The companies are being accused of negligence and product liability. The companies are all denying the claims, placing the fault with the man who resold the empty drum and on Fritchley for modifying the drum. A jury trial is scheduled for July 2020.

A wrongful death claim is a special kind of personal injury lawsuit made when someone is killed due to another party’s negligence or intentional act. The law allows a representative to file a lawsuit on behalf of surviving family members. Needless to say, no lawsuit can bring the person who was killed back to life. The purpose, then?