IN THE NEWS: CARMEL PRIEST SUSPENDED FOR ALLEGED CHILD ABUSE 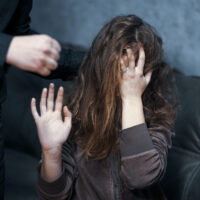 “A Carmel priest was suspended from public ministry after allegations of inappropriate conduct with a minor,” the Indianapolis Star reported earlier this month. The allegations had been reported to the Indiana Department of Child Services. The diocese urged members to report misconduct to:

Under Indiana State law, child seduction involves sexual conduct between a child care worker, such as a teacher or coach, or counselor, and a minor student.  It encompasses conduct of a sexual nature, including sexual intercourse, deviate sexual conduct, and any fondling or touching with the intent to arouse either the child or the adult.

It should not matter if the suspected abuse involves someone related to us, because we each have the moral responsibility, and at times the legal duty, to take the necessary actions in protecting children.

At the Ramey & Hailey law firm, where we are dedicated to helping child victims of sexual assault and abuse, we know how difficult it is, not only for a child victim but for friends and family members to talk about the abuse with law enforcement or even with us.

However, we want to remind our readers, when a child is sexually abused, the consequences may manifest themselves months and years later, and can be as severe as:

Parents of abused children face an enormous financial challenge when it comes to paying for the long-term treatment their child is going to need. Even if an adult guilty of sexual misconduct with a child loses his or her position or even goes to prison, that does not provide financial help to the victim’s parents. Only a civil lawsuit has the power to do that. As Indiana personal injury attorneys, our mission is to use the civil court process to force the organization in which the abuse occurred to help compensate the victim.