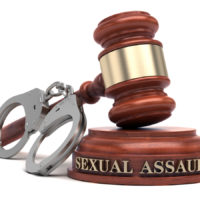 Just a little over a year ago, in this Ramey & Hailey blog, we were quoting the words of Judge Rosemarie Aquilina, as she prepared to sentence sports doctor Larry Nassar to decades in prison for the sexual assault of Olympic athletes: “Inaction is an action.  Silence is indifference.  Justice requires action and a voice” …

Then, only last week, a New York Times article reported that an Ohio State University team doctor had sexually abused at least 177 men, including many varsity athletes, over a period of twenthy years.  And, while Dr. Strauss’ abusive behavior was known to many athletic department staff members, nothing was done to stop him. As a recent report made clear, “those in position to take action…seemed unwilling or unable to intervene.”

As personal injury attorneys in Indiana, Ramey & Hailey are familiar with the now numerous lawsuits pending against the university from abuse victims. As defenders of student safety in both our K-12 schools and our colleges, we want to reach out to folks who need to talk about what happened to them or to someone they care about. Victims need to be reassured that until and unless they speak out, little happens to prevent the crime of sexual abuse from happening over and over again. Importantly, the financial recovery can help towards the costs of the psychological and emotion rehabilitation sexual abuse victims will need.

After forty years in practice, at Ramey & Hailey Law we’ve had to “swallow” some highly disturbing truths:

a) Sexual abuse often comes about, not at the hands of strangers, but through people in positions of trust in young students’ lives.

b)  Depression, flashbacks, and even post-traumatic stress disorder can result from abuse experiences.

As personal injury attorneys we know – nothing is more “personal” than sexual assault and abuse!