IN THE NEWS: DID CONNECTICUT SCHOOL OFFICIALS TURN A DEAF EAR TO SEXUAL OR PHYSICAL ABUSE? 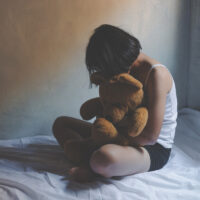 Allegations of physical and sexual abuse have been leveled against nine former employees at the American School for the Deaf in Connecticut, CNN reports. After the school (in 2019) reported the allegations (which related to incidents going back to 1979) to both the West Hartford Police and the Connecticut Department of Children and Families, a Hartford-based personal injury law firm was hired to head up the investigation.

Former students at the school reported a range of incidents of both physical and sexual abuse. While the investigation is still ongoing, the school has strengthened its hiring procedures, installed hundreds of cameras on its campus, and purchased software that now allows anonymous reporting of abuse.
As personal injury attorneys at Ramey & Hailey Law, our work includes helping victims of assault and abuse of all kinds. We find seduction cases in schools particularly tragic, because they involve the very people we trust to educate and train our children.

To us, there is one all-too-familiar aspect of this very alarming news story about the American School for the Deaf – the time that has elapsed since the abuse took place. As CNN explains, several of the accused staff members have by now died. The abused children are now grown, with some undoubtedly still suffering the effects of trauma.

Unfortunately, based on more than forty years’ experience dealing with sexual and physical abuse in schools, we know why. Child victims are often so traumatized that it can be twenty years or even longer before they are able to talk about the abuse. Meanwhile, evidence can be lost over the years, including facts falsely accused parties can use to defend themselves.

At our law firm, we are keenly aware of how very, very difficult it is for both a child and that child’s family members to relive horrible and frightening experiences by talking about them. At the time of the crime, children might not even understand that authority figures whom they trust are behaving wrongly!

The CNN story talks of the attorney hired by the institution itself to conduct a thorough investigation. But parents of a child abused by an educator or coach might want to file a civil suit of their own, holding a school or school district itself accountable. The purpose – to win (in the civil courts) compensation to pay for the costs of medical and psychological treatment.

Because there is a complex and time-sensitive administrative complaint process involved in filing such a lawsuit, it’s crucial that families talk with us as soon as they become aware that abuse has taken place. Did officials at the school have the power to take corrective action but instead turned a deaf ear? (In the Connecticut investigation, with decades having elapsed, the full answer to that question may never be fully known.)