IN THE NEWS: ERIN BROCKOVICH TEAMS UP WITH INDIANA MOMS 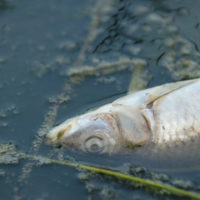 You may recall the blockbuster film back in 2002, “Erin Brockovich, with the role of the environmental activist played by Julia Roberts. Now two Indiana moms have gotten the attention of the real Erin Brockovich in their fight to raise awareness about the environmental contamination that has caused children in Indiana to have cancer.

At no time is it more important for you to know – and fight for – your legal rights than if you or someone close to you has become ill due to exposure to toxic substances. In addition to the horror and the sorrow, there are sure to be very high medical expenses, and getting financial reimbursement for those damages is our mission as personal injury attorneys in Indiana.

There are many, many state and federal laws dealing with clean air and water, but despite all those regulations, children have been falling ill and dying because of water contamination right here in Indianapolis and Franklin, Indiana.  Now Brockovich, who helps with groundwater contamination complaints in several states, has taken up the Hoosier cause.

Water in Franklin, Indiana has been found to have more than ten times the state’s recommended levels of three cancer-causing substances: radon, tetrachloroethylene and trichlororethylene. As early as 2015, a group of community members from Franklin asked the Indiana health department to investigate a cancer cluster.