IN THE NEWS: FACILITY HELD TO BLAME FOR MEDICAL TREATMENT DELIVERED IN A CARELESS AND NEGLIGENT MANNER 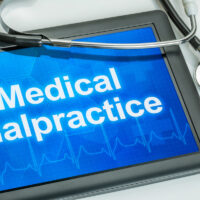 A.C. was admitted to a healthcare center on the northwest side of Indianapolis, and discharged a week and a half later. Not one month later, he was back. Then after just one week, A.C. died in that very facility.

Now, A.C.’s widow is bringing a civil suit against that healthcare center for failing to adhere to a reasonable standard of care. Because A.C. was not properly screened at his first admission, the claim is, healthcare workers were not properly able to treat his serious, but manageable health issues, the suit alleges.

A.C. suffered from type two diabetes, kidney disease, and hypertension; he had a prosthetic heart valve. Although his physician had ordered diabetes accuchecks four times a day with the administration of two different types of insulin, those checks were not performed in a timely manner, and the proper doses of insulin were not given to A.C. according to the doctor’s orders. Upon later investigation, it turned out that there had been confusion among the staff as to whether the insulin should be taken from the supply on hand at the facility or ordered from the pharmacy.

At Ramey & Hailey Law, we are pledged to help family members who have lost a loved one due to medical malpractice. A.C.s case is particularly tragic because, unlike in many medical malpractice cases, there were no “wrongful actions” taken. There was no misdiagnosis. There was no improper medication or other treatment issued. The tragedy resulted from actions NOT taken, care NOT given, signs NOT noticed.

Medical malpractice cases are always intensely personal, and this one is no exception. A.C. turned to medical professionals for help, and because of carelesses and neglect, he died. No lawsuit can bring him back or console his bereaved family. The point of litigation is to help family survivors attain the compensation they deserve, and attempt to ensure that the same neglectful malpractice is not repeated on other innocent victims.