IN THE NEWS: HIGH SCHOOL CHAPLAIN SUSPENDED ON ALLEGATIONS OF SEXUAL ABUSE 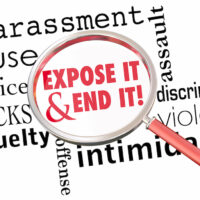 An Indianapolis priest who works as a chaplain at Roncalli High School was suspended from his ministry just last month amid allegations of sexual abuse of a minor in 2016, the Archdiocese of Indianapolis told the Indianapolis Star.

Meanwhile, members of the same high school’s football team are under investigation by police for allegedly abusing and harassing their 15-year-old team manager, who has Down syndrome, allegedly forcing the boy to lick and suck another male student’s nipple in the locker room.

“It seems as though new sexual assault cases are being released every week and the victims are consistently related to school as well as the church,” blogger Danny Wright writes. Wright’s hope, he says, is that sharing this serves as a wake-up call telling us that something needs to change, as well as an encouragement to speak up to anyone who might have fallen victim to abuse.

At the longtime personal injury law firm of Ramey & Hailey, we certainly agree. But, aside from censure of the institution and punishment for the perpetrators (whether those be students or staff), why would you, as the parent of a child abused at school, want to file a civil suit of your own against the school district in which the problem occurred? The answer: in order to receive compensation to help pay for the costs of medical and psychological treatment for your child. The unfortunate truth is that child sexual abuse increases a young person’s long term risk for mental, physical and behavioral health issues.

Our work is focused on helping parents get the financial help their children are going to need.  We’re there to provide a shoulder to cry on and an ear to listen, but we also know that the courage of parents and children to carry their cases to court can help some very sad stories have happier endings.