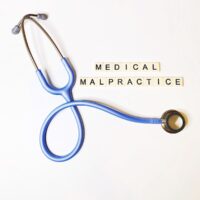 Fionn Feely should have been delivered three hours earlier than he was. After the High Court ruled in favor of the plaintiff, a letter from the “hospital master” of the National Maternity Hospital in Dublin was read in the High Court, in which apologies were expressed to Mrs. Feely for the “shortcomings in care during Mrs. Feely’s labor and delivery”, and to her son Fionn “for his devastating injuries”.

The lawsuit filed against the hospital claimed that medical practitioners had failed to properly manage the pregnancy and labor of Mrs. Feely. Because they had not recognized the symptoms of fetal distress and performed a Caesarean section, the baby was born with severe brain damage.

If oxygen flow to a fetus is disrupted, the oxygen deprivation can cause ischemic encephalopathy, cerebral palsy, developmental delays, seizures, or infant death.

As legal professionals experienced in handling medical malpractice cases, we know that doctors and other medical professionals must consider a pregnant patient’s prior medical history, staying alert for early warning signs of birth complications. If it can be shown that the level of care fell below standard, parents can recover damages from the medical practitioner who was responsible and/or from the institution where the negligent care occurred.