IN THE NEWS: JURY AWARDS $10.5 MILLION FOR PAIN AND SUFFERING IN BIRTH INJURY CASE 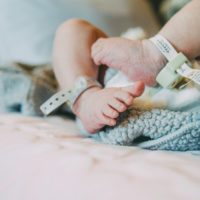 In recent Ramey & Hailey blog posts we have been reporting on rulings upholding plaintiffs’ rights to receive settlements for “noneconomic benefits” in addition to actual medical costs. This recent news story about a $11 million jury award to a Pennsylvania mother, consisting of $500,000 for future medical expenses, and $10.5 million for pain and suffering illustrates the meaning of “pain and suffering…

The unusually large settlement for noneconomic benefits was based on the jury’s finding that that S.G. was “in pain and suffering, disfigurement, embarrassment, and humiliation”. The attorney for the plaintiff explained that “This case was challenging as it involved sensitive topics concerning a woman’s private parts. It took a lot of courage for our client to take the stand in front of 14 jurors.”

Many birth injuries are preventable if proper medical attention, care, and treatment are provided to the mother and her child After the doctors had decided in favor of a vaginal delivery, overriding S.G.’s concerns, her second child was stuck in the birth canal and was not breathing when delivered.  What’s more, the physicians did not inform S.G. of the degree of laceration she had suffered, and she was discharged in excruciating pain.

Physicians and other medical professionals must exercise reasonable care when caring for their patients. If the level of care falls below this standard, with the help of an experienced personal injury lawyer, you may be able to recover damages, including medical bills and rehabilitative costs – plus recovery for pain and suffering – from the medical practitioner who was responsible.