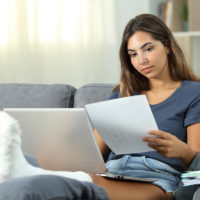 A recent ruling by the Kansas Supreme Court is likely to affect personal injury lawsuits all over the country, and in a way, our attorneys at Ramey & Hailey Law believe, promises to be beneficial for injured people.

The ruling had to do with amounts that juries award to personal injury plaintiffs for “non-economic damages.”  After an injury, you might have suffered economic losses – bills for doctor’s visits, hospital stays, surgeries, pharmaceutical costs, physical and occupational therapy sessions, in addition to losing earnings when you could not work.

But there are other, equally tragic, losses you might have suffered as a result of your accident or injury. You may be experiencing “noneconomic losses” – mental pain and suffering, causing fear, insomnia, shock, social or even sexual dysfunction.

The importance of the Kansas Supreme Court ruling is that, at least in that state, there will no longer be limits, or “caps” on the amount of damages a jury can award to a plaintiff in a personal injury lawsuit.  In fact, the court stated, capping noneconomic damages violates citizens’ constitutional rights to a jury trial.

Different states have different laws on jury awards for “non-economic losses”. Well over half of U.S. states have passed some form of law limiting awards on non-economic damages. Fortunately, Indiana, home of Ramey & Hailey Law, does not cap damages for general pain and suffering. (There IS a cap of $700,000 for claims against the state, and a $1.25 Million cap on medical malpractice claims.)

Not only do states differ on whether – and to what extent – to limit awards, opinions on the subject differ as well. Those in favor of medical malpractice caps, for example, often argue that those help keep healthcare costs down for everyone, and that they avoid unrealistic and unnecessarily large awards by “runaway juries”.

At Ramey & Hailey, where for the past forty years we’ve helped wrongfully injured people try to get the remnants of their life back on track, we know that the “economic” injuries they’ve suffered represent only one chapter of their sad story. Kansas is not the first state to review the constitutionality of their damages cap, nor will it be the last. This most recent decision, we believe, represents a trend towards helping the injured begin to rebuild their lives.