IN THE NEWS: MALPRACTICE LAWSUIT YIELDS LARGEST AWARD IN HISTORY 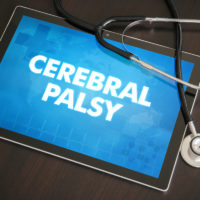 In the largest medical malpractice verdict ever awarded in the United States, the Baltimore Sun reports, a Baltimore jury awarded a mother and daughter $229.6 million.

Damaged by a lack of oxygen during the delivery, 5–year-old Zubida Byrom has cerebral palsy, a condition affecting muscle control throughout the body, requiring round-the-clock care.

In October 2014, Erica Byrom, then 25 weeks pregnant, was admitted to the hospital with severe preeclampsia, but declined a cesarean section; her baby was born two days later with a hypoxic brain injury which caused cerebral palsy.

While this is the largest amount ever awarded in a birth injury case it is hardly the first. In 2012, a Baltimore jury awarded $21 million to a Glen Burnie couple whose son was born prematurely at Harbor Hospital. In their lawsuit, the boy’s parents said their son lost oxygen while in the womb and doctors should have performed a C-section rather than allow a prolonged vaginal birth. The boy was diagnosed with cerebral palsy. At the time, the $55 million was among the largest medical malpractice verdicts in state history.

At Ramey & Hailey, where we have pursued medical malpractice cases for 40 years, we know how complex an area of the law medical malpractice is. The provision of medical care is a highly technical and specialized field, and expert testimony is often required to establish the connection between the actions of the medical practitioner and the resulting injury. The Byrom case took place in Maryland, but cases brought under the Indiana Medical Malpractice Act are subject to special rules regarding how the case proceeds and the extent of recovery available.

To win any medical malpractice lawsuit, there are certain elements that must be explored:

An Indiana personal injury attorney experienced in medical malpractice issues can make the difference in whether the family is compensated for a birth-related injury.  While nothing can take away the nightmare of the injury itself, recovery can help avoid adding the insult of unbearable financial disaster for the family!