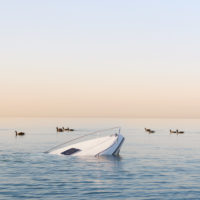 Both the general manager and operations supervisor of Ripley Entertainment Company have been indicted on federal charges related to last year’s duck boat sinking in Missouri that resulted in 17 deaths, including members of an Indiana family.

The accusation is that the vessel was allowed to go on the water despite the fact that the National Weather Service, only 23 minutes before the boat embarked, issued a severe thunderstorm warning, including wind gusts of 60 mph (Coast Guard regulations state that duck boat vessels should not operate in winds exceeding 35mph).

The legal principles include misconduct, negligence, and inattention to duty. According to the indictment, at no point during the storm were passengers instructed to don personal floatation devices and were not advised that there might be a need to abandon ship. The captain made no attempt to increase speed and return the boat to shore.

In ordinary usage, the word “negligence” means carelessness. In legal terms, negligence is a failure to comply with the standard of care that would be exercised by a reasonable person in the same circumstances.

The true purpose of tort law, as Ramey & Hailey personal injury attorneys explain, is to make things safer and better for people.  From a legal standpoint, those boat passengers were “invitees”, which is the legal term for people reasonably expected to enter a property, including customers. Negligence law imposes a reasonable standard of care towards invitees. The Ripley Entertainment Company employees are now being charged with having failed to exercise that reasonable standard of care towards their guests.