IN THE NEWS: NURSE ARRESTED IN SEXUAL ABUSE CASE 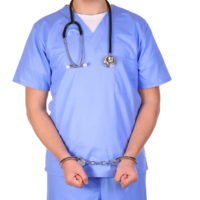 When the elder abuse attorneys at Ramey & Hailey Law are called upon to represent victims of personal injury in a nursing home or rehabilitation facility, it’s often the family members who are seeking legal recourse on behalf of a helpless relative. (In fact, in one Indiana case against a rehab facility that is in progress right now, the patient has died, and it is the estate seeking legal help.)

When family members trust the staff members of a healthcare facility to care for a loved one, and the staff fails to exercise reasonable care to protect their patient’s safety, permanent injury and even death can ensue.

A very troubling case of abuse at a healthcare facility in Arizona has been in the news. A nurse at the facility has been arrested for allegedly sexually assaulting and impregnating an incapacitated woman patient at the center. The patient, who had been at the facility for 26 years, needed a “maximum level of care” and had been unable to defend herself or even report the assault. Of the two doctors responsible for her care, one has resigned; the second has been suspended.

“When it does occur, nursing home abuse frequently goes unreported,” the Nursing Home Abuse Guide explains. The patient may not see loved ones very often, which makes it unlikely that changes will be noticed.  Patients themselves may suffer from memory loss or communication problems.  Perhaps because of these factors, a division of the House Government Reform Committee discovered violations in roughly 30% of U.S. nursing homes, the Abuse Guide reports.

Sexual assault and abuse can be brutal, but the process of seeking legal remedy need not be. The irony is, sexual molestation so often comes about not at the hands of a stranger, but through an adult in a position of trust. Our purpose in this Newsblog is not to repeat terrible stories.  What we’re hoping is that we’ll be able to reach out to anyone who needs a shoulder to lean on and an ear to listen. Our experience and legal knowhow can be part of the effort to stop sexual abuse of all kinds in its tracks!