IN THE NEWS: ONLINE HUNTERS OUT TO HALT CHILD ABUSE 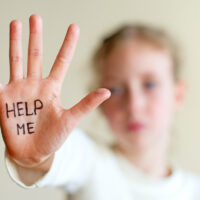 News of a Lebanon, Indiana high school teacher booked on allegations of child solicitation called readers’ attention to the problem of child sexual abuse. Unfortunately, this is a subject we deal with every day at Ramey & Hailey law, and so we know that sexual molestation and exploitation often come about not at the hands of a stranger, but through an adult in a position of trust in a young person’s life.

Seduction of a minor is a hard subject to talk about – for anyone, particularly for the minor involved and for family members of that minor. Under Indiana State law, the felony involves sexual conduct between a care worker (such as a teacher or coach or counselor) and a minor student.  It encompasses conduct of a sexual nature, including sexual intercourse, deviate sexual conduct and any fondling or touching with the intent to arouse either the child or the adult.

There’s one group of Indiana citizens who have decided to be pro-active, working to prevent incidents of abuse and seduction from happening in the first place. It is this very group of concerned citizens, calling themselves Predator Catchers Indianapolis, who are featured in the Indianapolis Star story. Founder of the group, Eric Schmutte, says he and the other local PCI members are part of a wider network of online sleuthing groups throughout our state. We are outraged, he explains, that “child predators aren’t being held fully accountable for their actions”.

Star reporter Holly Hayes points out that, however well-intentioned, “vigilante justice” creates issues and risks of its own. For example, the subject of the catch may feel trapped and decide to harm him/herself or others. In addition, the information vigilantes turn over to police may not be prosecutable.

Meanwhile, from a parent’s point of view, if a school employee has mistreated your son or daughter, the first thing you naturally want is to make sure the problem stops. In addition, however, you should consider filing a civil suit of your own against the school district in which the problem occurred. Why? To receive compensation to help pay for the costs of medical treatment and long-term, intensive psychological treatment for your child.

Remember, when a criminal case is brought against a teacher or counselor, the perpetrator is punished and possible, future crimes are deterred. Only a civil lawsuit has the power to compensate the victim and his or her family.