IN THE NEWS: OWNER OF GUN WINS DECISION 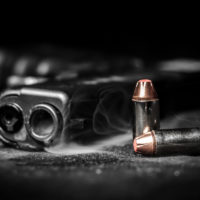 “Owner of gun wins decision”, reads a headline in last week’s Indianapolis Star, referring to a case in which the mother of a 16-year old boy named Matthew Kendall was killed when a stolen  firearm discharged sued the gun owner, Christopher Lee. The Indiana Court of Appeals found that Lee was NOT liable, because “a person cannot be held liable for acts related to the use of a firearm if the weapon was stolen.”

So, exactly who can be held liable for acts related to the use of a firearm? As personal injury attorneys in Indiana, we know finding the answer to that question is a complicated process. What our readers do need to know is that, if you or someone close to you was unintentionally injured or killed by a firearm, there may be financial recourse available.

If the harm was caused by the gun itself (because it was defective), you may be able to recover from the gun manufacturer, the gun seller, the distributor, or the gun owner. If the injury was caused by a person’s negligence in storing or handling the gun, you might recover a settlement under gun liability laws.

In intentional shootings, there might be liability attributed to the gun seller or even to the parents of a minor who committed gun violence (for failing to supervise their child and failing to keep guns and ammunition out of the hands of their child). In this case, the injury was not inflicted intentionally, and the gun was not owned by the shooter or the shooter’s parents!

The back story:  Christopher Lee had parked his truck in a public area, leaving the vehicle unlocked with his loaded gun left in plain sight. A young man (a minor) noticed the gun and stole it. As he was proudly showing off his “find” to his pal Matthew Kendall, the gun discharged, accidentally killing Kendall.

The Matthew Kendall case is just one of many, many deaths and injuries caused by gun negligence in Indiana. Whether Matthew’s mother, Shelley Nicholson plans to appeal the case further is unclear, according to IndyStar reporter Crystal Hill.

Meanwhile, at Ramey & Hailey Law, we are acutely aware of the fact that, in recent years, Indiana has seen more than its share of accidental shootings involving children. In fact, one of the purposes of this personal injury blog is to reach innocent folks whose lives have been thrown off track after their children were victims of a gun accident.