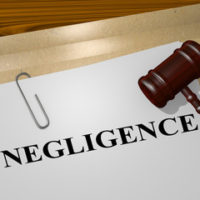 The shooter’s parents should have known their son had an obsession with firearms and violence, parents of one victim of the Noblesville West Middle School are claiming in a civil lawsuit. Ella Whistler’s injuries were the “foreseable consequence” of negligence by the boy’s parents, is their claim.

Testimony revealed that both the guns used by the 13-year old student to shoot Whistler and teacher Jason Seaman were owned by the boy’s dad and kept in the home. Not only did the shooter have access to the firearms and ammunition, he had filmed a video of himself holding a handgun and saying “I have to take other people’s lives before I take my own.

As personal injury attorneys in Indiana fighting for financial recovery for victims of shootings, we can’t forget the fact that there have been almost 46,000 gun violence incidents in the U.S. this year alone! Each one of those incidents has at least one personal tragedy attached, with maimed lives and mourning relatives. Ella Whistler suffered potentially permanent nerve damage, fractured vertebrae, collapsed lungs, a broken jaw, and broken ribs, according to the complaint.

This lawsuit is based on the principle that parents can be held civilly (legally) responsible for their children’s actions. Parents who fail to effectively secure firearms out of the reach of children are inherently negligent. Can parents be charged for failing to keep their guns locked up?  “Indiana provides that a child’s parent or legal guardian commits the crime of “dangerous control of a child” if he or she knowingly, intentionally, or recklessly permits the child (defined as a person under age 18) to possess a firearm.

If you are one of those innocent survivors – or if a gun incident claimed the life of a loved one of yours, Ramey & Hailey stands ready to use their experience and legal know-how to help you  recover financial damages. Most important, the terrible problem of gun violence can be addressed only when victims and survivors speak up!