IN THE NEWS: PARENTS SUE AFTER DAUGHTER’S BRAIN DAMAGED IN SURGERY 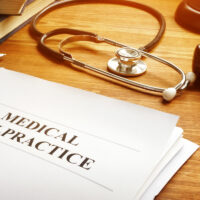 Medical professionals have a duty to provide adequate care for their patients; failure to do that is medical malpractice.  Malpractice can result from a wrongful action taken, but it can also result when an appropriate action is not taken. In the case of the Colorado teenager whose brain was severely damaged last year in the course of breast augmentation surgery, doctors and nurses are being accused of actions not taken.

According to the lawsuit, the patient was left unobserved in the operating room for 15 minutes after anesthesia had been administered. When the professionals returned, they discovered that cyanosis was spreading and shortly thereafter, the patient went into cardiac arrest. Only after five more hours and two more cardiac arrests, was a call made to 911. The girl remains in a “minimally conscious state” in a long term care facility, unable to eat, talk, walk, or care for herself, and in need of round-the-clock care.

The doctor and the nurse anesthetist are being accused of negligence, including leaving the patient “unobserved” after putting her under anesthesia, and failing to report the emergency for five hours after the first cardiac arrest.

This case happened in Colorado, but serves as an example of the need for experienced legal advice when it comes to medical malpractice issues. After more than forty years specializing in medical malpractice, the attorneys at Ramey & Hailey Law know the special rules that apply to cases brought under the Indiana Medical Malpractice Act.

The Statute of Limitations is different in different states (in Indiana it is two years). Unlike the situation with the Colorado patient, in many cases the fact of negligence may not be discovered for years; when you become aware of the problem, it is important to contact an attorney immediately.

At Ramey & Hailey, there are two overriding goals: 1.Help you attain the compensation you deserve  2. Ensure that the malpractice you suffered is not repeated on other innocent victims.