IN THE NEWS: RAMEY & HAILEY YEAR IN REVIEW 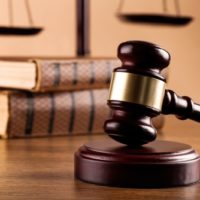 The work of personal injury attorneys is never done, but, as we at Ramey & Hailey look back over 2018, we realize that there were five issues which, this year, assumed particular prominence, both nationally and in our own practice:

We at Ramey & Hailey Law believe that child sexual abuse is one of the most extreme forms of hurt one person can inflict on another. The emotional and psychological damages caused by sexual harassment are very real, and our dedication is to become the voice for victims brave enough to help prevent this sort of crime from happening to others. While the issue of child sexual abuse by Roman Catholic priests was first publicized in 1985, this was a year in which stories of 300 accused priests in Pennsylvania dominated the headlines, and in which lawsuits have been filed by abuse victims across the U.S., including our own state of Indiana.

Partly because of the opioid epidemic, unduly harsh disciplinary measures designed to protect the public have inflicted permanent emotional and financial damage to doctors and nurses. After three decades of representing medical healthcare professionals on an assortment of legal challenges, this year in particular at Ramey & Hailey, we have been handling cases centered on credentialing issues and disputes arising from the new corporate medicine model. When medical professionals who have not acted dishonestly or unethically, but who have nonetheless suffered disproportionate harm, we help them become proactive in defending their own careers.

When race becomes a factor in the way civilians are treated by police officers, those who have abused their power must be held accountable. During the past year, Ramey & Hailey attorneys have more than once filed suit against the City of Indianapolis and the Metropolitan Police Department. As former President of the American Association for Justice, attorney Richard Hailey was able to lend his own high level of credibility to claims against “City Hall” stemming from overly aggressive police treatment of citizens based on racial insensitivity.

Under Indiana law, store owners are under an obligation to implement reasonable measures to ensure the safety of their customers while those customers are on their property. In fact, all property owners have a duty to prevent dangerous conditions in and around their premises. This year in particular, Ramey & Hailey represented clients whose lives were changed forever due to catastrophic slip and fall injuries

One out of every four unintentional injury deaths of children under age 13 is caused by vehicle crashes, and this year in Indiana alone, there were several accident cases in which children were killed due to negligent behavior on the part of vehicle drivers. At Ramey & Hailey law firm, we work extensively on accidents resulting in catastrophic injury or deaths caused by driver or equipment error.

The work of personal injury attorneys is never done, because when insurance isn’t enough to compensate the injured or the survivors of those killed for the losses they’ve suffered, our firm is there to see that clients get the recovery they deserve through the legal system.

The Ramey & Hailey wish for all our readers is for a happy, a healthy, and a safe New Year!