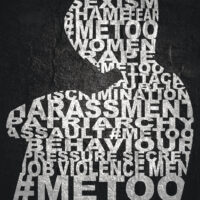 As we know all too well at Ramey & Hailey Law, priest child abuse stories are not a thing happening “somewhere else” – abuse is very much an Indiana phenomenon. We were saddened by a recent court ruling in the state of Pennsylvania that underscores the importance of speaking up and speaking out about child sexual abuse, and doing that sooner rather than later.

Pennsylvania’s high court threw out a lawsuit by a woman who claims that, as a teen, she had been sexually abused by a church organist. Because Rice had waited to report the offense until after a 2016 grand jury report about abuse in the diocese became public, the statute of limitations had run out for her claim, the court ruled.

We know that sexual abuse is one of the most extreme forms of hurt one person can inflict on another at our personal injury firm. The emotional and psychological damages caused by sexual abuse are very real, whether or not that abuse has to do with a member of the clergy

As a husband-wife team at Ramey & Hailey Law, we realize that victims need to know that they may be entitled to financial compensation, which can help them rebuild their lives. Either way, they need to know that at our personal injury law firm, they will find two people to listen without judgment.