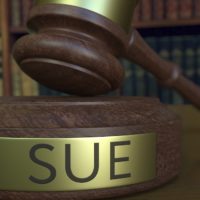 Having very recently negotiated a very large settlement in behalf of a catastrophic slip and fall injury victim here in Indiana, we at Ramey & Hailey were extremely interested in a judge’s verdict concerning a slip-and-fall lawsuit against Dollar Tree stores.

Like the Indiana case, the incident involved a shopper who fell in a store because of debris on the floor. In the Pennsylvania case, a federal judge ruled that there is sufficient evidence that the Dollar Tree store personnel knew about a potentially dangerous detergent spill and had time to clean it up.

At Ramey & Hailey, we settle cases based on the legal principle of premises liability: Store owners are under an obligation to implement reasonable measures to ensure the safety of their customers who are on their premises.

The lawsuit against Dollar Tree is being brought by plaintiff Gregory Nelson, who slipped and fell on spilled laundry detergent on the floor of the store, sustaining serious and permanent injury to his knees, legs, hip, and back. Nelson testified that, after the fall, he overheard a store cashier telling the police that another customer had complained about the spill ten minutes earlier. (The judge ruled that statement was not barred by the rule against hearsay).

If you or a loved one suffered a catastrophic slip-and-fall injury in a store or restaurant, as your attorneys, we can bring suit to hold property owners liable.