IN THE NEWS: TEEN BRAIN-INJURED AT BIRTH AWARDED $15.1 MILLION 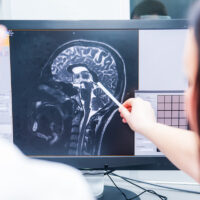 Birth injuries can occur at any point during the birthing process–during the pregnancy, during delivery, or right after birth. Many of these are preventable if proper medical attention, care, and treatment are provided to both the mother and child during pregnancy and delivery. Now, fifteen long years after Kelly D. Wilson’s son suffered severe brain injury due to medical malpractice at a Tennessee hospital, the family has been awarded $15.1 in compensation.

The now teenaged Wilson boy, Kelly Wilson’s second son, is now wheelchair-bound, is unable to speak, and suffers from a seizure disorder. These conditions are the result of a hypoxic-ischemic brain injury the child suffered while still in his mother’s womb.

As legal professionals experienced in handling medical malpractice cases, at Ramey & Hailey we know that doctors and other medical professionals must consider a pregnant patient’s prior medical history.  If they do not, and fail to detect early warning signs that there may be birth complications, that is malpractice.

In this specific case, healthcare professionals at the Ft. Campbell hospital failed to consider Kelly Wilson’s medical history.  During her first pregnancy, because she suffered from placental insufficiency, a caesarian section had been performed.  The same procedure should have been followed during the second delivery.  While Ms. Wilson had been given standard forms to sign consenting to a vaginal birth, she was not provided with high-risk consultation nor properly warned of the risks of vaginal birth given her history of placental insufficiency.

At Ramey & Hailey Law, our attorneys have more than 40 years’ experience helping the victims of medical malpractice recover damages. The Wilson boy’s terrible fate serves as just one example of the overwhelming and ongoing needs of malpractice victims and their families.