IN THE NEWS: TO REPEAL OR NOT TO REPEAL – INDIANA LEGISLATORS RULE “NOT” 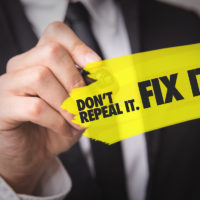 A proposal to repeal the state’s handgun licensing law was dumped last month in the Indiana House committee. The permit law forces gun owners to do three things:

While opponents claim that the law infringes on the U.S. Constitution’s Second Amendment (giving citizens the right to bear arms), law enforcement groups want to make sure that those with felony or domestic battery convictions can be barred from obtaining a license. How many people might be affected if there were to be a change in the law? According to state police statistics, some 835,000 people had active Indiana handgun permits.

One controversial recommendation being debated in the house would provide firearm training grants for school employees who want to carry a gun at school and whether churches that have a school on their property could permit people to carry handguns onto church grounds. (Indiana law actually already allows teachers to be armed, but leaves the final decision on that up to individual school boards.)

Here in conservative Indiana, the Indianapolis Star points out, one in every three adults owns a gun. At the same time, our Red Flag law, which allows police to confiscate firearms from people threatening to harm themselves or others (and to do so without any warrant or judge’s signature being necessary), is gaining positive national attention. The debate will continue to rage on. Because while protecting our citizens, and particularly our children, from harm is important to Hoosiers; protecting against limitations of our Second, Fourth, and Fifth Amendment right is also important in Indiana.

As personal injury attorneys in Indiana, we at Ramey & Hailey law are acutely aware of gun safety, and in fact, one of the purposes of this personal injury blog is to reach innocent folks whose lives have been thrown off track after they or their children were victims of gun violence or a gun accident.