IN THE NEWS: TRUCK DRIVER SENTENCED, ANOTHER CHARGED IN FATAL CRASHES 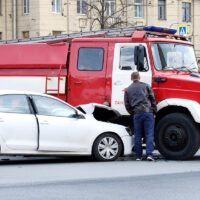 It’s been only one short year since the motor vehicle crash, but the devastation for one Indianapolis family is forever. Finally, just two weeks ago, a judge imposed a nine year jail sentence on the Missouri truck driver who caused an accident, killing an Indianapolis mother and her two baby daughters.

Just months before being hired to drive the big rig, driver Bruce Pollard had been treated for numerous psychiatric illnesses, and he had been fired from a trucking company only months before being hired by his latest employer. The crash happened on I-465 near the Keystone Avenue exit, after Pollard failed to hit his brakes when entering a construction zone, triggering an eight-car pileup, with seven people hospitalized and three deaths.

In a second tragic highway accident on I-70, a truck driver who killed four Missouri children turned out to have been arrested three times for drug possession, undergoing drug treatment resulting in dismissal of prior charges against him.

Unfortunately, these are just two stories out of the far too numerous fatalities and injuries involving large trucks taking place in the United States every year. The results of the typical car/semi accident are often horrifying; not only are there fatalities such as in these two accidents – it is not uncommon for those who survive to suffer brain damage and paralysis.

Semi-truck or commercial truck-related accidents can (as was true in these two cases) be caused by driver impairment, but can also be the result of reckless or aggressive driving and/or inadequately maintained vehicles.

Based on our more than 40 years’ experience representing victims of truck accidents and their surviving family members, we understand that the process is not a car injury claim, only bigger.  In both these recent cases, for example, the trucker was employed by a large, multi-state commercial trucking company. Ramey & Hailey attorneys are called upon to use specialized knowledge and expertise in representing victims’ families.

One sentenced, a second charged; the story goes on, and on, and on, along with the tragically needless pain and suffering caused to all too many innocent families…