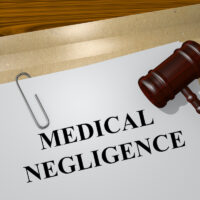 It took nearly a decade, but Wilma Coolidge has finally found justice on behalf of her brother Howard Southard, who died at the VA Medical Center in Buffalo, NY. This medical malpractice case revolved around a stent graft that was improperly installed in one of Southard’s arteries causing loss of blood flow to his kidneys. Southard was hospitalized for 118 days and endured more than fifty surgical procedures.

Originally awarded $2.1 million, the wrongful death verdict was recently raised to $3.9 million, based on the extended period of pain and suffering that resulted from errors committed by Southard’s surgeons and by the mechanical device they installed.

The news coverage of the verdict mentioned that the lawsuit led to a seventeen-day trial, pitting one medical expert against another. In cases of medical malpractice or neglect, an experienced attorney can be an invaluable asset in determining the appropriate course of action, as we well know at Ramey & Hailey Law. Because the provision of medical care is a highly technical and specialized field, expert testimony is often required to establish the connection between the actions of the medical practitioner and the resulting injury.

Howard Southard’s death represents a tragic tale of suffering, yet serves as an example that, with the right legal advice, survivors can gain compensation through the court system.