IN THE NEWS: WHEN A PRODUCT MANUFACTURER IS NOT AT FAULT 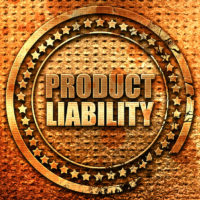 Some of the most regrettable situations our attorneys see are those in which using a product caused long-term, life-altering injuries. After more than 40 years representing injury victims, we need to remind Ramey & Hailey clients that it is no simple matter to bring a product liability lawsuit against a manufacturer. A court ruling at the end of last year in the Indiana Supreme Court illustrates that very point…..

In LaPorte Country, Indiana, a man named Paul Johnson had lost an eye while using a grinder tool he’d purchased to help a friend work on the headlights of a truck.  Johnson then sued the manufacturer, Campbell Hausfeld Company, claiming that the product had been defective and accusing that company of negligence and product liability.

An investigation of the case showed that Johnson himself had not followed the instructions and warnings that had come with the grinder:

The Indiana Supreme Court ruled that Johnson’s misuse of the tool was the cause of his injury, rather than a defect in the product itself.  Johnson’s attempt to recover compensation failed. He would not have been injured, the judges reasoned, had he followed the manufacturer’s instructions.

At Ramey & Hailey, we believe it’s important to help people who have been injured through use of a product to recover for their losses. At the same time, Indiana is a “comparative fault” state.  As your attorneys, we must be able to show that your own negligence or lack of reasonable care has not at least partially contributed to your injuries.