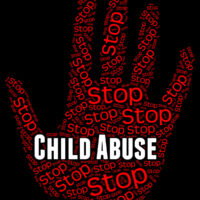 Under current law, child molesters can be prosecuted only up until the victim is 31 years old. Recently, however, the Indiana Senate’s criminal law committee voted unanimously in favor of a bill extending the statute of limitations by five years, Fox News reports. The proposal now goes to the full senate. The state prosecutors’ association explains that the additional time would allow police to pursue their investigations and obtain needed evidence.

There are differences of opinion about time limits on prosecuting child abuse. Child victims are often so traumatized that it can be twenty years or even longer before they are able to talk about the abuse. On the other side, as Senator Mike Young of Indianapolis explained, it is important to keep a time limit to allow falsely accused parties to use witnesses and evidence (which might be lost over the years) to defend themselves.

Meanwhile, as more allegations of child sexual abuse by clergy have emerged across the country, many states already have extended or eliminated both the criminal and civil statutes of limitations, the Kansas City Star explains.

Although the statutes of limitations may vary from state to state, the potential consequences to victims are remarkably the same – long-lasting systems that can last a lifetime. The most common effects of sexual abuse in children include:

Not all families have access to affordable insurance that covers the needed therapeutic interventions. Compounding the problem is the fact that it is extraordinarily difficult (as we experience constantly at our personal injury law firm) for both child victims and their family members to relive the experience by talking about it with law enforcement and even with us.

The financial realities are daunting.  As personal injury attorneys for more than forty years, we see the enormous challenge facing parents when it comes to paying for the long term treatment their child is going to need. The fact is, only a civil lawsuit is meant to – and has the power to – compensate the victim and his or her family, providing the cash needed to cover the extensive, long-term costs of therapy.

Indiana lawmakers are trying to buy more time in prosecuting child abusers. No doubt about it – child victims are going to need all the time – and all the resources – they can get!