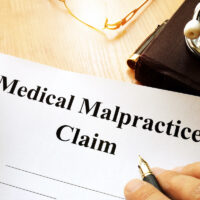 Of every 1,000 infants that are born in America, six to eight of them suffer from a birth injury due to the carelessness of medical staff. The majority of states have a clear wrongful death law in place that allows the parents to recover compensation when their newborn or child is killed due to another’s misconduct. But what about the ongoing emotional stress suffered by parents of a child who survives the birth, but who, because of medical mistakes made during the delivery process, will never live a normal life?

A recent ruling by the Indiana Supreme Court in a sexual abuse case could prove to be important here. That December 2021 ruling opened the door for parents who have suffered emotional distress due to the abuse of their child, whether or not they had personally witnessed that abuse, to recover damages.

What is the definition of emotional distress?

According to the Merriam-Webster dictionary, emotional distress is “a highly unpleasant emotional reaction (as anguish, humiliation, or fury) which results from another’s conduct.”

Most personal injury claims involve two kinds of damages: economic (or “special”) and non-economic (or “general”). Economic damages are the objective, out-of-pocket expenses like medical bills and lost wages, or special care and training needs. Non-economic damages are harder to calculate and refer to the more subjective costs of an injury, including emotional pain and suffering such as depression or insomnia, Findlaw.com explains.

Regardless of the size of a settlement or verdict, our personal injury attorneys at Ramey & Hailey know, the distress suffered by parents of a birth-injured child is intensely personal and deeply emotional. Over our more than forty years of helping clients recover economic damages, it often seems as if the most valuable service we provide is emotional support!