INJURED? WHY YOU WANT YOUR DAY IN COURT 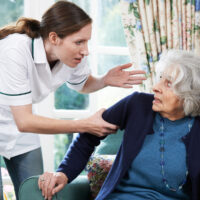 INJURED? WHY YOU WANT YOUR DAY IN COURT

Here’s a startling statistic for you, straight from the Bureau of Justice Statistics:

More than 95% of personal injury cases are settled pretrial.

That means, explains the Law Dictionary, that just one in 20 personal injury cases is resolved in a court of law by a judge and jury. It might be said, thelawdictionary.com explains, that NOT getting to court is good for both the plaintiff (the person who was injured) and the defendant (the company or individual being sued). Why?

Yes, settling out of court may be a positive, but, make no mistake, being forced to sign away your day in court is definitely not, as a recent article in last month’s AARP Bulletin explains, referring to consumer contracts that bar you from suing a company if something goes wrong.  Arbitration clauses are used in contracts by a wide array of businesses—including cable providers, electronics manufacturers, nursing homes, homebuilders and others, AARP columnist Emily Paulin explains.,

As a personal injury attorney in Indiana representing cases of nursing home abuse and neglect, we find ourselves representing patients who are – or were – residents of nursing homes who, upon admission to the facility, had been asked to sign away their right to go to court in the event of a dispute. All too often, needless to say, the adult children entrusting their parents to the nursing facility do not understand the importance of that “little” clause; they are trusting professionals to do all they can to preserve their parents’ quality of life.

Then, if the hoped-for dedicated effort is not being put forth, and negligence or abuse is discovered, there are two paths to pursue:

By agreeing to arbitration, nursing home residents and their families forfeit their right to that second choice, instead agreeing to have any disputes decided by a panel of three arbitrators, often without the right to appeal the decision.

What’s so wrong (at least what can be so wrong) about arbitration?

Injured, neglected, or abused in a nursing home or care facility? You want your day in court!