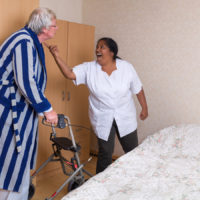 Pennsylvania senators Bob Casey and Pat Toomey have released a list of some 400 nursing home facilities nationwide with persistent records of poor care. “We’ve got to make sure any family member or any potential resident of a nursing home can get this information, not only ahead of time but on an ongoing basis,” Senator Casey explained.

The government has, in fact, been making available a list of facilities already cited for serious health and safety violations. But until now, there has been no publicly accessible list of facilities targeted for inclusion on the Special Focus Facilities list, which currently includes 88 nursing homes across the U.S. that have been consistently failing to meet the minimum standards.

“Choosing a nursing home is a difficult, and often painful, decision to make,” Casey said. “Individuals and families deserve to have all the information available to choose the facility that is right for them.”

At Ramey & Hailey Law, we certainly agree.  Whether the facility is a nursing home, rehabilitation or convalescent center, rest home, or elder care facility, the owners of that facility can be held legally responsible when harm is caused to a patient or resident.

There are actually different categories of harm, any one of which can be grounds for filing a personal injury lawsuit. Nursing home abuse, for example, may include physical abuse, emotional abuse, or sexual abuse. Unlike abuse, neglect is substandard care that results in harm.

Here at Ramey & Hailey Law, we know that recovering damages in an elder abuse lawsuit cannot undo harm that has been done; what it can do is ease the financial burden on the family, and just possibly, prevent others’ loved ones from suffering. The list released by the senators is meant to serve as an “early warning system”, so that family members can avoid having their elders suffer abuse and neglect in the first place!